E. Marinella has celebrated its first 100 years of history: a century of style, fashion and entrepreneurship which has brought ties “made in Naples” to the necks of the world’s powerful people.

Ever since 1914, E. Marinella ties have been a symbol of elegance and style, an essential accessory for all those who love fine dressing. Luchino Visconti, in fact, ordered them in profusion, all with blue or red backgrounds and unlined like scarves, while Aristotle Onassis bought twelve at a time, strictly black to discourage his interlocutors so that he never let them see what mood he was in.

Founded by Eugenio Marinella in a workshop just 20 metres square in Piazza Vittoria in Naples, the company – which currently has its own-brand boutiques in many cities in the world – is today in the hands of Maurizio Marinella, the third generation of the family. He has kept the scrupulous attention to the quality of the raw materials and the meticulous production processes, still strictly carried out by hand, to create the unique Marinella ties.

The winning feature of the Marinella tie is, first of all, the quality of the fabrics – mainly twill and silk – which Maurizio Marinella still selects personally from the most exclusive British suppliers (in particular, those in the area around Macclesfield in North-west England, which has for centuries prided itself on its silk-weaving and the art of discharge-printing). To satisfy the needs of its various clients and create ties that are all different from each other, the fabrics come in a vast range of plain colours and patterns: the geometrical patterns and the small flower patterns of E. Marinella ties are famous.

It is above all in the manufacture, however, that we recognize an authentic Marinella tie. The tailors in the Naples workshop start from a paper model which corresponds exactly to the client’s wishes as to length, width and volume of the tie, and then they cut and sew each item by hand. The finishing, too, is carried out entirely by hand, to make the tie tougher and more elastic, so that before being folded into its final form it is basted with white thread, exactly as is done for a bespoke suit. Once the ironing has been done by hand, the tie is given the Marinella label.

In the early years of its history, the E. Marinella company produced ties exclusively in seven folds: the square is folded inwards seven times so as to give the tie a natural body that doesn’t need a padded core (the interfacing). Then, some time later, E. Marinella started to produce ties with five or nine folds and especially its most classic and recognized style, with padding and reinforcement of the knot (usually the part most subject to compression and therefore to wear and tear).

The width and length of the tie vary according to the height of the person wearing it – and this is a real “made to measure” service that Marinella applies to its ties – but the ideal size proposed by this Neapolitan brand is between 8.5 and 9.5 cm at the widest point.

Another principal feature of the Marinella tie is what’s known as self-tipping, or rather, the lining is in the same fabric as the tie and the lining is finished so that the core does not protrude from the tie.

One curious fact: if you have the chance to go for a walk along the elegant Riviera di Chiaia in Naples, stop at the historic E. Marinella workshop in Piazza Vittoria and you’ll discover that the shop hasn’t changed its appearance since it was opened in 1914 and that it’s still a meeting place for elegant people from all over the world. 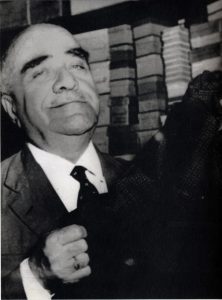 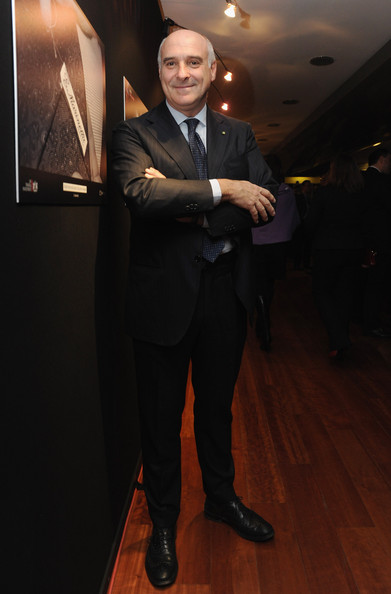